Finding the right neurocare and rehabilitation

During this time, Adrian was agitated, confused in his speech, anxious and very reliant on his wife, Cally, for emotional support. After four months in hospital, his medical team advised that Adrian would benefit from longer-term neurological rehabilitation and care in a specialist service.

Cally said “At the time, we were quite concerned as we were struggling to find anywhere suitable. When we learned about Inspire, we went for a visit. I absolutely loved it. It’s a beautiful place and as soon as I saw it and learned about the holistic care -well, that was it. If I was to write down what I was looking for in a service, that was it.”

Adrian came to the newly opened Inspire Neurocare in March 2020. One of the first people to be supported by the new service, which opened at the end of February, Adrian moved in during the beginning of the lockdown period due to the Covid19 outbreak.

Adrian’s rehabilitation and care took place during a very challenging time for the health service and Inspire, making his achievements over the following weeks even more inspirational. 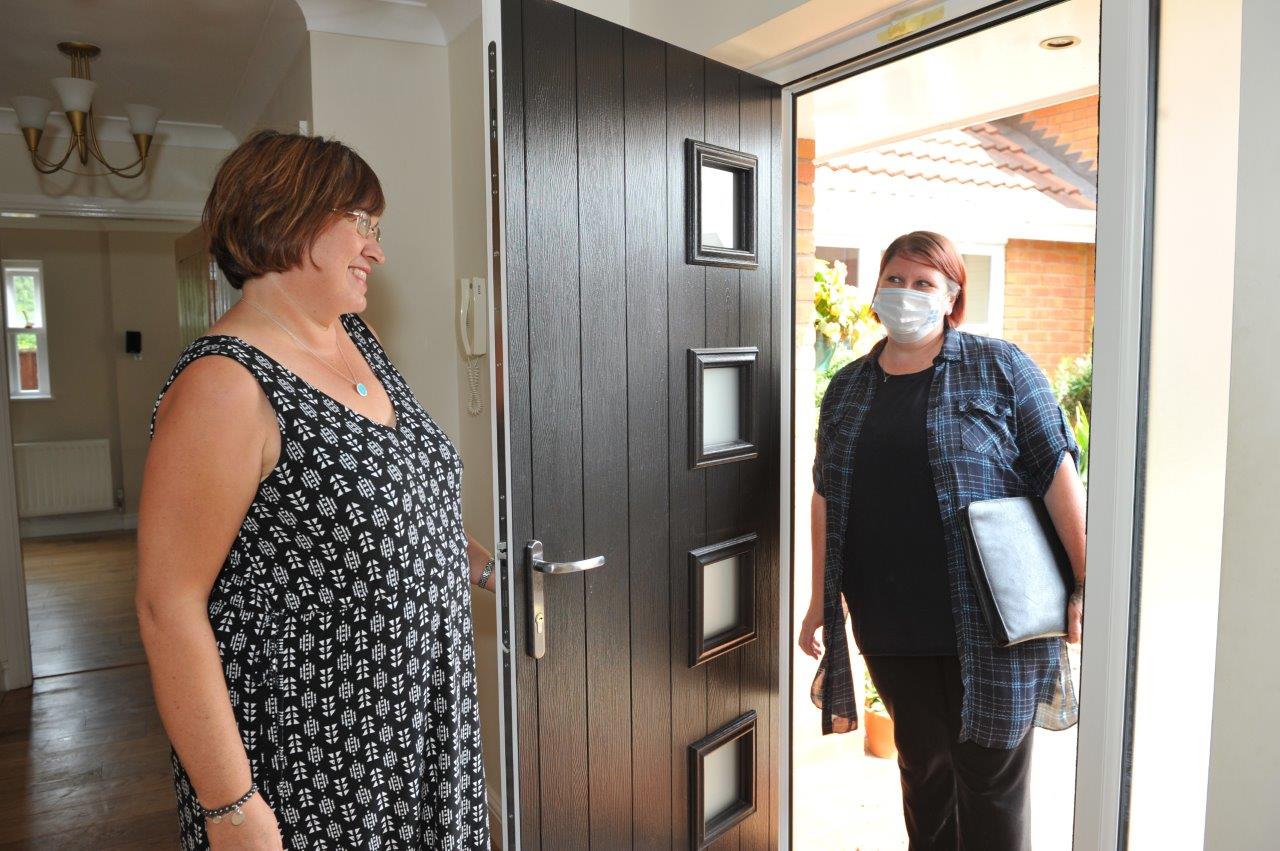 A partnership approach to goals and outcomes

Entering Inspire as a wheelchair user, Adrian initially needed 1:1 support for all aspects of his care.

At Inspire we take a measurable and partnership approach to goal setting. From day one, the multi-disciplinary team worked with Adrian and Cally to discuss the goals and the outcomes he was hoping to achieve during his rehabilitation. From walking, to climbing stairs and managing his own personal care as far as possible, the team developed a plan to give Adrian the best chance of reaching his goals.

Physiotherapist Sandie worked with Adrian and the therapy team to increase his ability to move and walk, “With Adrian we started initially with standing and standing balance. We got to a point where Adrian could stand independently, and then gradually we decreased what the team did to support him, so he could increase what he did.” Working with Occupational Therapist Emma, Adrian was able to relearn the ability to wash, shower and dress himself, using both arms.  In addition, they worked on  cognitive activities to help Adrian’s thinking skills.

Along every step of a rehabilitation journey, the team work very closely with family members. Adrian’s wife, Cally, said “What helped me, and was lovely, was receiving videos of Adrian doing his excercises. I could see that Adrian was doing amazingly well.” 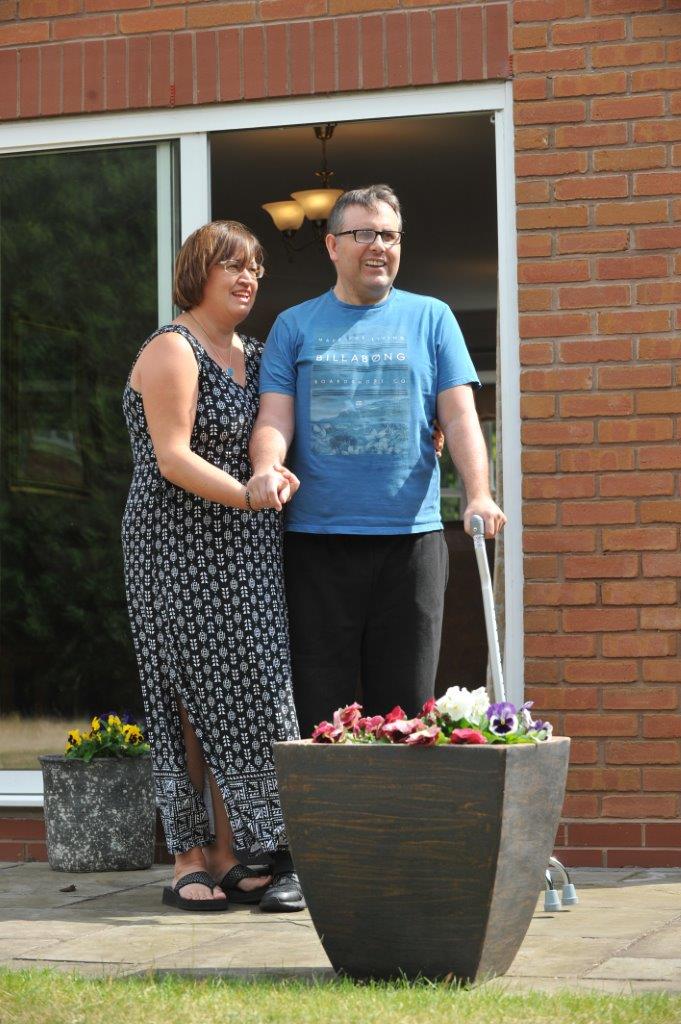 Every member of the Inspire team was behind Adrian, celebrating his successes and the steady progress over his time at the service. Occupational Therapist Emma said, “It was a gradual progress, and Adrian was always very positive.”  Life Skills Facilitator Becki remembers, “The first time I saw him walking down the corridor with just his stick, no one holding onto him, he was absolutely beaming.”

In addition to face to face support in the service, Adrian also received virtual support from a psychotherapist which helped him to understand and start to come to terms with his difficulties.

Wellbeing and Lifestyle Coach Dawn feels that the continuity of therapy Adrian received at Inspire was key to his recovery. “Now to see him at home and no longer in his wheelchair – it’s just fantastic. It works because you’ve got continuity and it happens every day.” 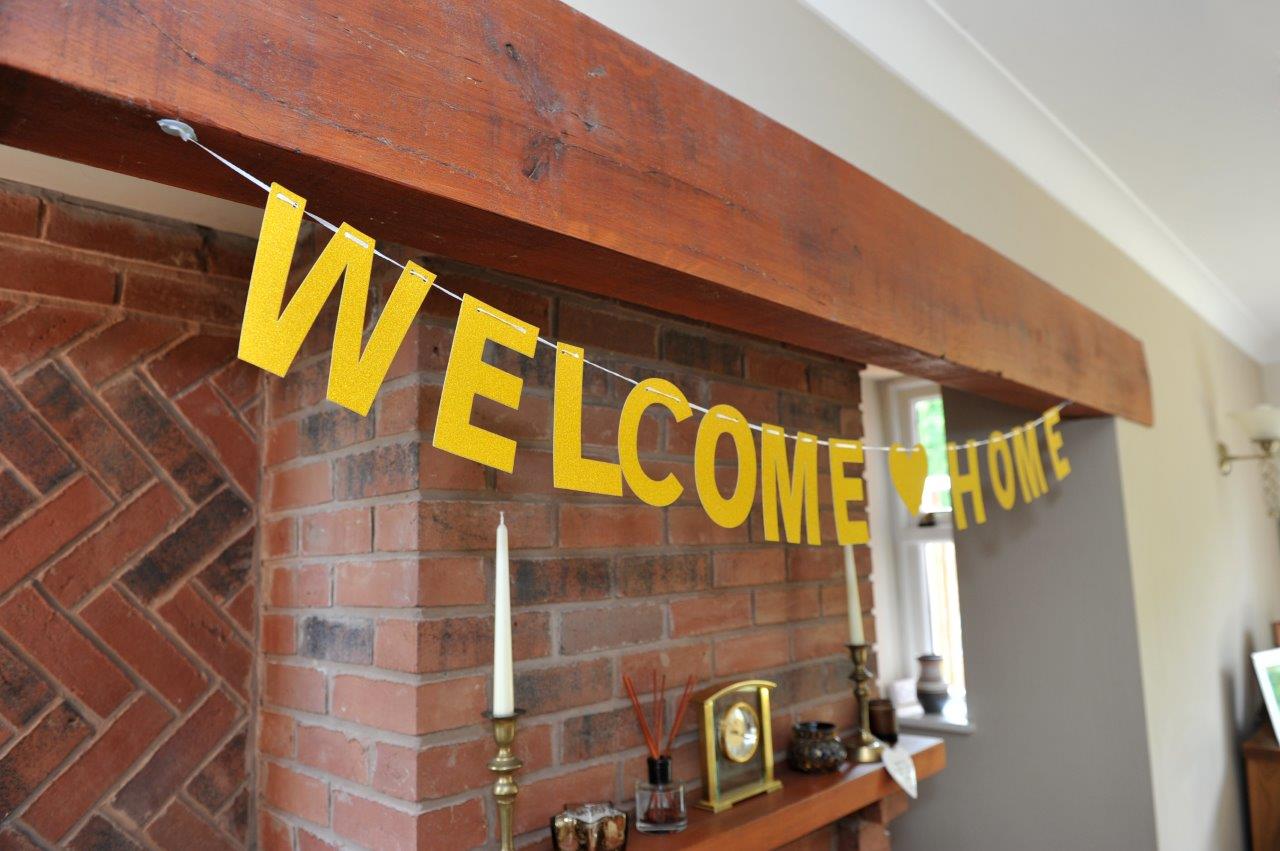 A key part of Adrian’s progression to returning home was a home visit with the team in June. This was the first time Adrian had been home since his accident and was essential to ensure everything was ready. New equipment including hand rails were checked, and plans for future support with the community team were finalised to ensure a support package was in place every step of the way.

Onward referrals to the specialist community neuro team were made well in advance of Adrian’s return home, so that during the week following his discharge, Adrian was visited by the community therapists who were to continue with Adrian’s ongoing rehabilitation. 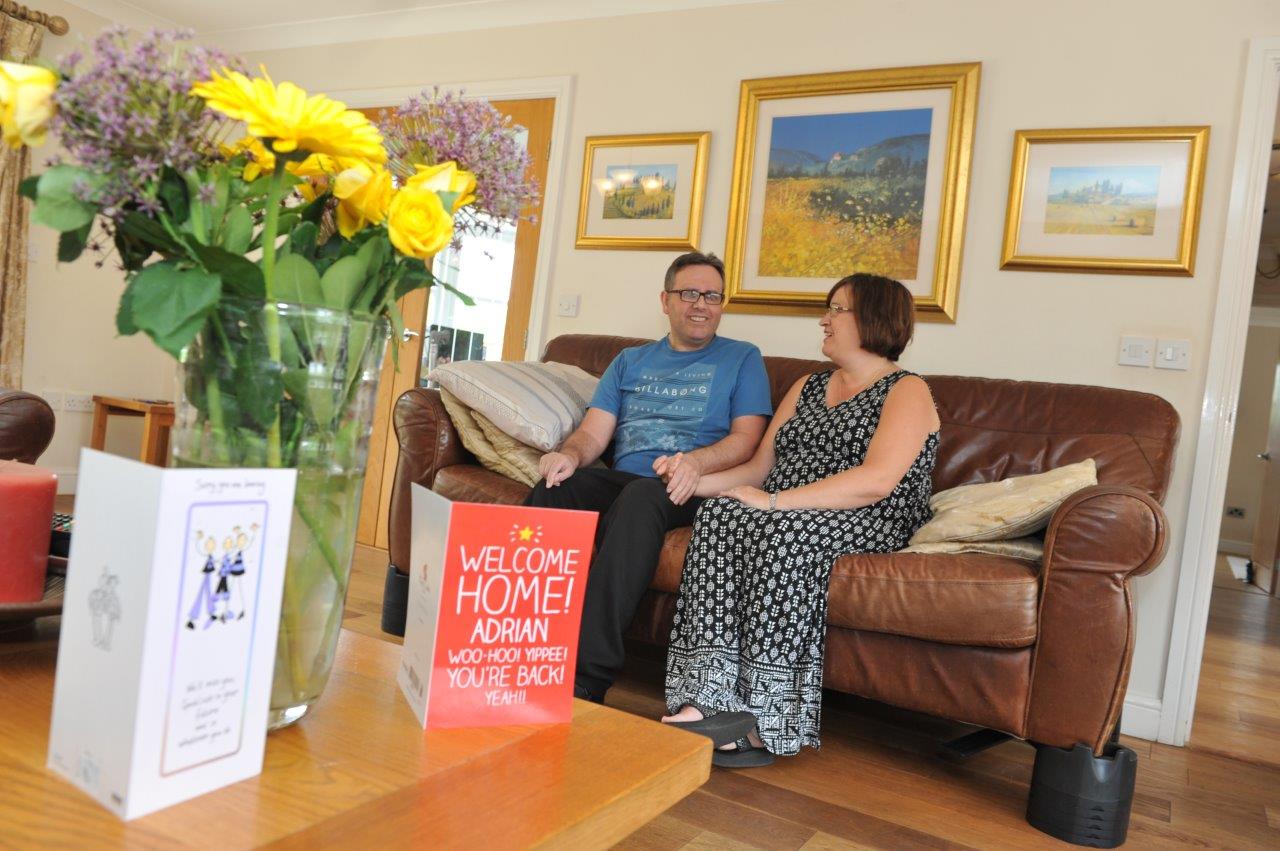 Make a referral to Inspire Neurocare

At Inspire Neurocare, we provide specialist neurocare and rehabilitation for people living with the impact of brain and spinal injury, stroke and other neurological conditions. We can support people requiring neurobehavioral rehabilitation, as well as those requiring tracheostomy management and ventilated care.

To find out more about Inspire Neurocare in Worcester, contact Manager Marc Russell using the form below, give us a call on 01905 969 000 or take a look at the gallery for a look inside the service.

A Happy Christmas at Inspire Neurocare

Christmas Jumpers for all as the team and people we support enjoy festive fun at Inspire.

Inspire Neurocare Worcester has been given a glowing report by the Care Quality Commission, who praised the service for treating residents with dignity and respect.

Two Physiotherapy Students have joined the Inspire Neurocare team for a two-month placement at the specialist neurorehabilitation service.